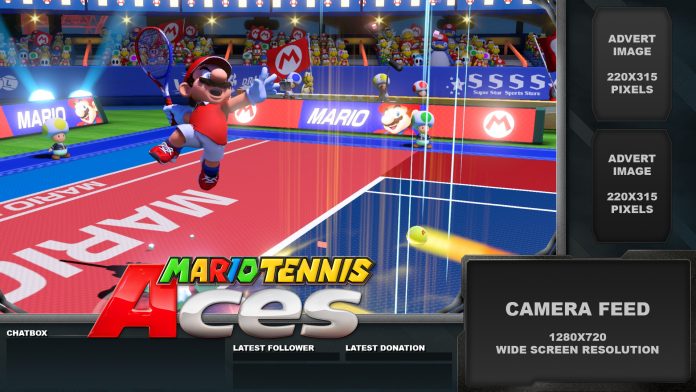 If you’re a Luck owner of a Nintendo Switch then Mario Tennis Aces is a Must Buy. It’s rich in game play, charm and beautiful graphics. Even if you’re not into sports i’m sure other people are. If you’re interested in streaming Mario Tennis Aces then you need to be equip for it. This is why we’ve made this Mario Tennis Aces Overlay for Streamers.

Streaming your Games online to your viewers, subscribers and followers has become so popular over the last few years. Streaming websites such as YouTube, Twitch and Mixer are growing to a phenomenal level with everyone looking to start streaming.

We have ensured that this Mario Tennis Aces overlay is not just visually appealing. We’ve made sure that it is inline today’s expectations from twitch. It also has the following Features:

It’s important for all Streamers to understand that the Gameplay is the essential component to any successful stream. Ensure that your viewers can see the game and see it big.

This allows your viewers to become engaged in what you’re playing and feel immersed into the action. This overlay has been made with that in mind. It features a large area for you to display Mario Tennis Aces in a large format.

The Resolution of the view box is set to 1920×1080 reduced which is the standard Widescreen HD Format.

You should have no problems in scaling down or up your input source of your gameplay.

The personal touch is important to any popular Stream, especially when connecting with your viewers. The integrated web camera display has been placed to not disturb your viewers from being connected to the action.

Mean while granting you a large area in which you can show your lovely face on the camera. It’s a given that streams which feature a web-camera are far more successful in gaining viewers than streams without.

This Mario Tennis Aces Overlay has been made with the possibility of earning revenue and money from your streaming efforts. If you’re looking to give your stream the professional feel, while having the option to earn advertising revenue from publishers and advertisers. T

hen an Add box or two on your overlay is important. This gives you space in which you can sell to potential advertisers to make their brand more known.

Try to avoid advertising products which are simply not used by your target audience as it will devalue your stream and your efforts.

While playing Mario Tennis Aces you may want to get more connected with your viewers. Always be sure to reply to chat when possible as viewers are engaged more if you answer their questions or comments.

Always be polite and never allow trolls or disrespectful people to ruin your experience. For those viewers who’d rather watch at full-screen but not miss out on the chat experience then the On-Screen Chatbox is perfect.

This Overlay has been designed for you to still have the ability to pay thanks to those which follow, donate and subscribe to you. You can simply setup the notifications via your streaming software such as XSplit or OBS.

Treat your followers with kindness and they will continue to watch and support your streaming which will in-turn grow your viewership.

Remember when users follow your stream they will be notified every time you’re online and you will be much easier to find when you’re streaming. 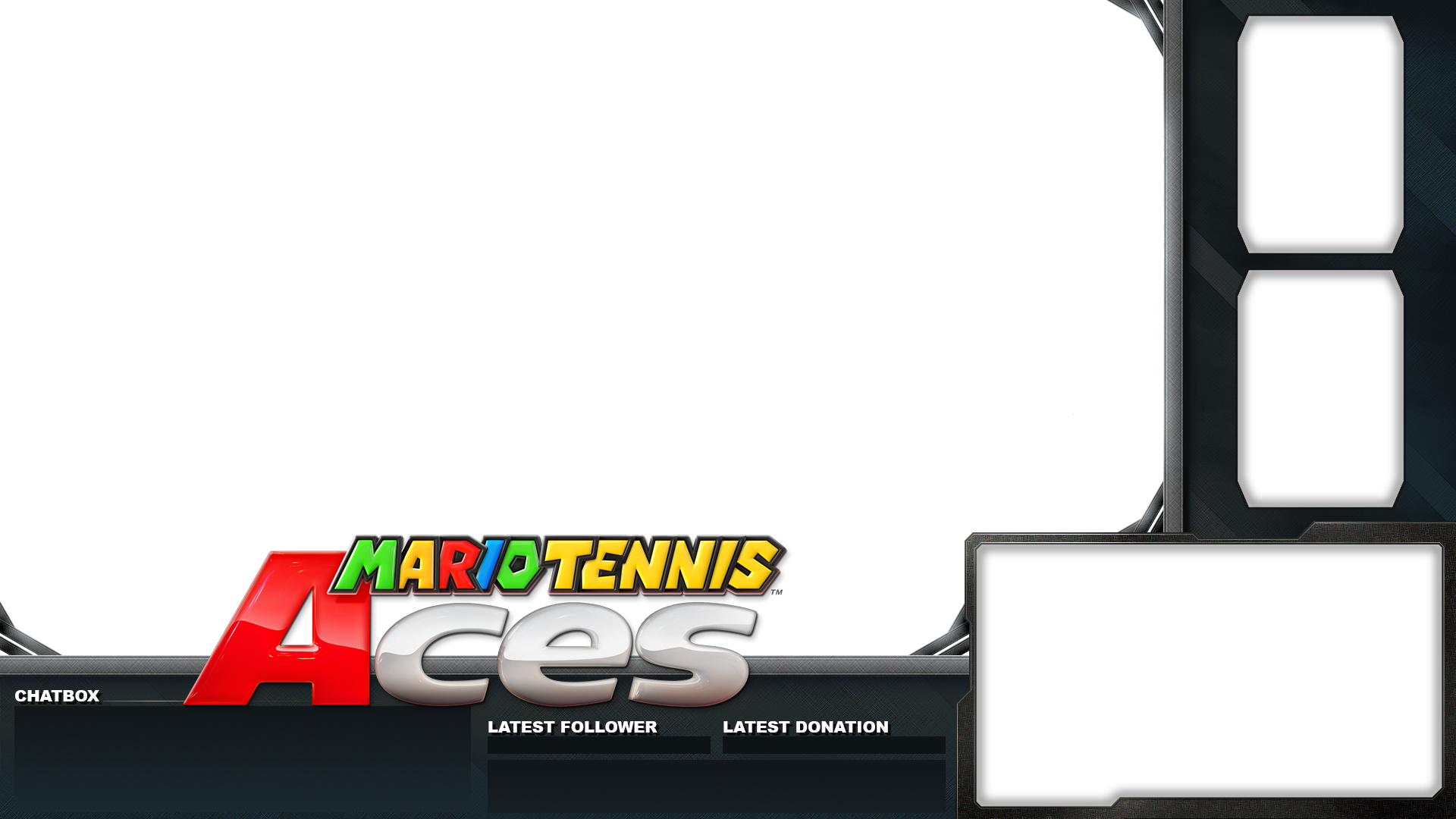 For a complete guide on how to install this overlay into your streaming setup simply check the guide above. It will cover various topics such as the best software to use, using animated graphics and how to use browser sources as layers.

We understand that the competition on Twitch, Youtube and other websites is constantly evolving. This is why at Chaos Hour we also offer a service to creating unique and custom overlays for you and your stream.

These Custom overlays which we offer will further empower your stream and give value back to your viewers to keep them entertained.

We have a vast knowledge of multimedia so we can deliver stat and motion graphics to allow you to deliver an unforgettable and addictive experience to your viewers.

Below you will see the various packages which we offer at a competitive and affordable price.

Streamer Highlight : AnniefeatherW8 : All The ‘Meeses’! All The Cuteness!!!