If you have forked out for the complete Fighters Pass for Super Smash Bros Ultimate then cover your eyes now as it seems that the Future Fighters have been leaked. Below we have an article from IGN which features insight into which characters have been confirmed and when to expect them.

As reported by Gearnuke, this unconfirmed rumor comes from Japanese forum site 5Channel user Mr. Anonymous Desperate [automatically translated from its native Japanese]. This user claims the four remaining fighters coming to SSBU are Erdrick from the Dragon Quest series, Ryu Hayabusa from Ninja Gaiden, Steve the default player character in Minecraft, and Doomguy, aka The Marine from the Doom series.

This leak originally came back on December 9, but has since become somewhat substantiated, as the leak referenced the existence of Persona 5 R – a title that was later revealed to be real on December 30. This leak also claims Persona 5 R will be released in the first half of 2019, a piece of information Atlus has yet to disclose.

Furthermore, the same user previously leaked details pertaining to Joker coming to SSBU, specifying that his stage will be Mementos from Persona 5 and that the character Jack Frost is somehow involved as a technique. This leak gained traction due to it referencing Persona 5 U, an alleged fighting game, being delayed due to the release of Arc System Works’ Granblue Fantasy Versus, a fighting game that was announced a few days after the leak was posted.

As reported by Polygon, the leak of Dragon Quest’s Erdrick has gained even more credibility following a datamine leak of SSBU’s source code. The source code references three future characters by codename: Jack, Packu and Brave. Jack is believed to be Joker while Packu is likely in reference to Pakkun Flower, the Japanese name for the pre-order DLC character Piranha Plant. Brave translates to Yuusha in Japanese, a word that can also mean “Hero” – the vocation that Erdrick assumes in Dragon Quest III. – MORE AT IGN

We kinda wanted to see more entries from the likes of Final Fantasy, Street Fighter and more however. If this is indeed the roster then colour us excited for Doom! He will most certainly be a much appreciated contestant. 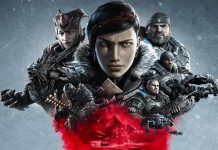