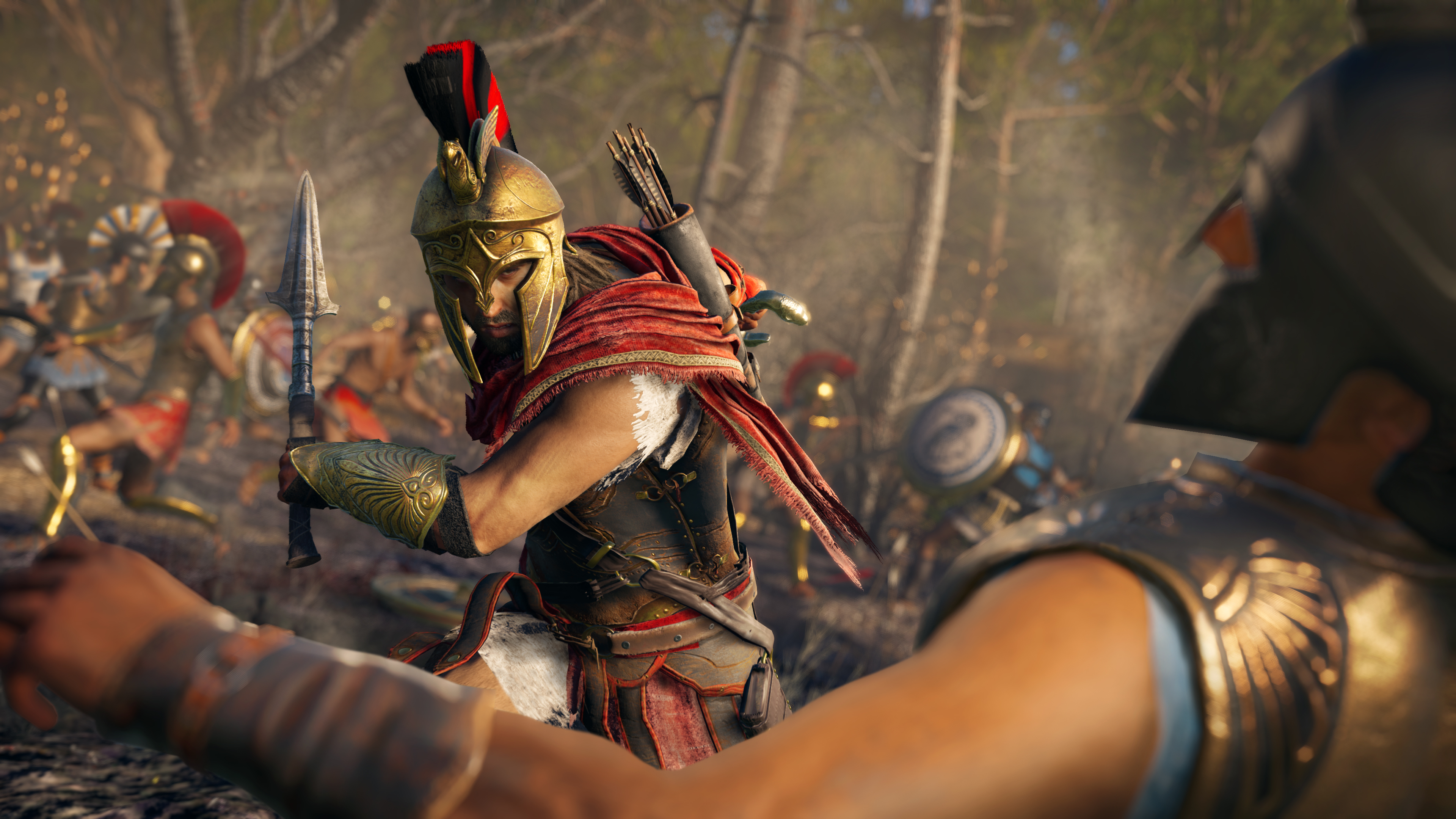 If you have experienced any serious issues with Assassins Creed Odyssey Crashing on PlayStation 4 then it’s likely to be caused by your Hardware. So be sure to use the Troubleshooting guide below to help you identify the issue and resolve it.

This troubleshooting guide has been created in an attempt to help Ubisoft and players of Assassin’s Creed Odyssey to solve common issues that they might experience with their PlayStation 4.

As of now we’re yet to experience any Issues with Assassin’s Creed Odyssey. However if you have then please be sure to reach out to us and Ubisoft. We will be able to list the issues and hopefully provide a fix for your issue.

The faster Ubisoft know about the potential problem the faster they will be able to source a solution for you.

If you’re having issues with Assassin’s Creed Odyssey Crashing or Freezing on you then be sure to reach out to Ubisoft. This will allow them to help you resolve the issue and it may be a fault in which they are unaware of.

You are also able to reach out to Ubisoft regarding any Assassin’s Creed Odyssey news or updates on their social hubs. So be sure to follow them on Facebook and twitter.

Firstly it may not be the fault of Assassin’s Creed Odyssey and more so a fault with your Playstation 4, Slim or Pro.

However if you believe that Assassin’s Creed Odyssey is crashing more and more often and it’s destroying your ability to enjoy the game. We’ve bundled some common issues with the Playstation 4 Console together – aided with some easy fixes to help you fix your freeze or crashing issue.

It’s the real killjoy to any gaming experience when you’re enjoying Assassin’s Creed Odyssey but your Console begins to seize up, run slow or simply freeze up.

Both of the above are common faults and may not suggest any serious hardware issue but if Assassin’s Creed Odyssey is crashing or freezing on you. Firstly contact Ubisoft then use the troubleshooting guide below.

There are a few things that you can check to ensure that your PlayStation 4 is up to speed in order to play Assassin’s Creed Odyssey. Firstly is your console running the latest Console Software Update? Here’s how to check :

Latest Optimal Update for Assassin’s Creed Odyssey on PS4 is : 5.50.

It is not uncommon for some games to be released with some Game Breaking bugs which may cause your freezing issue. One way to eliminate this issue if its a software problem is to ensure that you have downloaded the Latest Assassin’s Creed Odyssey update.

In order to do this boot up Assassin’s Creed Odyssey while being connected to the internet and you will be prompted to download the latest updates.

If you’re still having problems with Assassin’s Creed Odyssey crashing even with the latest update then it may indicate a Corrupt Update file or a Software install. So we recommend the next step is to start from scratch.

Un-Installing software from your PlayStation 4 is surprisingly easy and should not be a concern for most experienced gamers. However if you’re unsure on how to clear your hard drive of any Assassin’s Creed Odyssey files then simply check :

Select the Assassin’s Creed Odyssey file and choose to un-install. Be warned though this will remove mostly all game files, data files, user settings, file saves and more. However it may be necessary to resolve your crashing issue.

“My Assassin’s Creed Odyssey is still Crashing and Freezing”

After a Fresh install of Assassin’s Creed Odyssey and your still encountering the problem? Then more than likely this will be a Hardware fault with either the Game disk or your PlayStation 4 itself. Here’s some key things to look out for.

4: Is your Assassin’s Creed Odyssey Disk Causing Crashing and Freezing?

Important to know if you have digitally downloaded or pre-loaded Assassin’s Creed Odyssey then skip this fix as you will not find a solution to your problem here.

There are a few warning signs that you should look out for on your Assassin’s Creed Odyssey disk.

However if you push your finger lightly against the reflective side of the disc and you feel any dents, cuts, or cracks then it may be possible your Assassin’s Creed Odyssey disk is faulty.

GUIDE : How To Fix Scratches on Assassin’s Creed Odyssey Disk

If any Dents, Cracks, Cuts or significant scratches exist on your Assassin’s Creed Odyssey disk and you believe you have not caused them.

Another type of Disk Error is what some people call “Disk Rot” Its due to chemical irritants destroying the surface of your disk and may cause your Assassin’s Creed Odyssey disk to become unreadable or provide you with a long list of errors including crashing while you play.

If your Disk has suffered any kind of Disk Rot then its unlikely that you will be able to fix it and should seek a replacement or refund for Assassin’s Creed Odyssey.

GUIDE : How To Fix Scratches on Assassin’s Creed Odyssey Disk

Is your PS4 Overheating Causing Assassin’s Creed Odyssey to Crash and Freeze?

Your PlayStation 4 will have an array of different intakes, vents and grills which help keep the Console cool while playing games like Assassin’s Creed Odyssey. It’s important to ensure that these areas do not become obstructed.

If you believe that your Playstation 4 overheating is causing Assassin’s Creed Odyssey to crash and freeze then be sure to use the comprehensive overheating cleaning guide we’ve created to fix the problem.

Once the console has cooled off – boot up Assassin’s Creed Odyssey again and try again.

It maybe possible you have damaged or Corrupted your Assassin’s Creed Odyssey Save file. There are some obvious signs which will help indiciate whether or not your Save file is damaged.

Guide : How To Recover and Protect your Assassin’s Creed Odyssey Save Data

They are a complete money sink. The best way to protect your Assassin’s Creed Odyssey save file is to abide by the loading rules and do not switch the console off while playing.

7: Is a Faulty PS4 Causing your Assassin’s Creed Odyssey to Crash?

Here we will be listing any user submitted fixes for Assassin’s Creed Odyssey on PS4 that our readers have provided. So if you have stumbled across a fix please be sure to share it with us.

It’s imperative that if during game play you experience any kind of issues which effects your experience of Assassin’s Creed Odyssey then reach out to Ubisoft. They will appreciate the feedback.