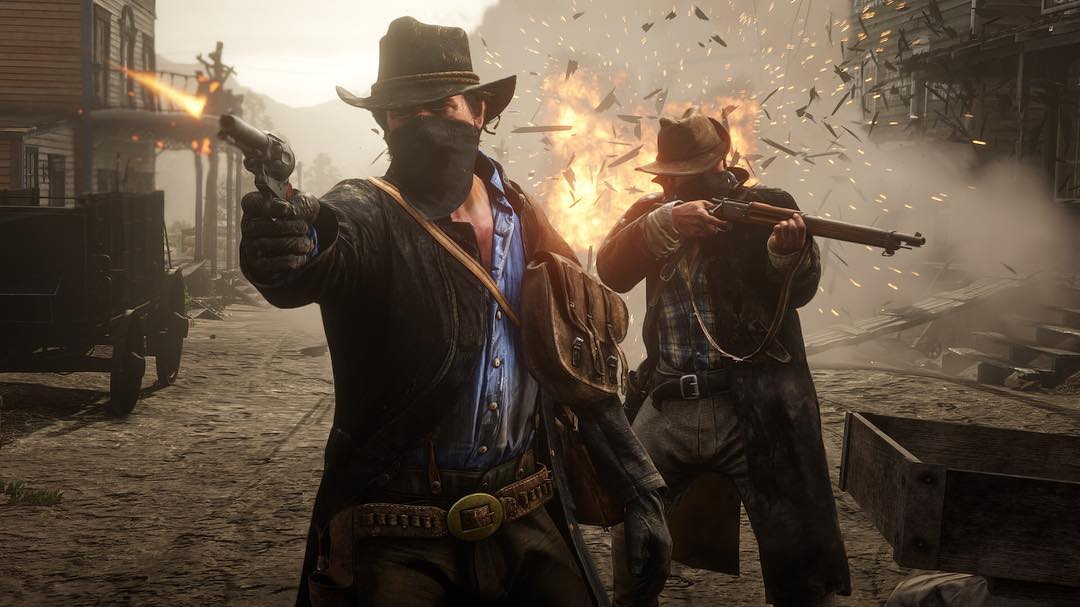 With the recent release of Rockstars next Grand Adventure. We’re betting that servers are going to be real busy providing Red Dead Redemption 2 Downloads for XBox One Players. So if you’re having problems with the Red Dead 2 Download Running Slow, Not Downloading or simply disconnecting be sure to use this guide to help solve the issue.

If you have sourced a digital download for Red Dead Redemption 2 and you’re having problems with the download completing or getting stuck then it may indicate a fault with either your internet or hardware.

In this guide we will be discussing ways in which you’re able to troubleshoot and identify what maybe causing your XBox One games to not load or not download.

However first thing’s first. If you along with other users have experienced issues with Red Dead Redemption 2 not installing or downloading. Then please be sure to contact Rockstar Games.

It’s important to reach out to the Rockstar Games to inform them of any bugs, errors or faults with Red Dead Redemption 2 not installing.

The reason behind this is – it may help escalate a current known problem and aid them in creating a fix for the issue.

Often developers will release update patches or server-side fixes that might fix the issue. Remember once you have contacted Rockstar Games give them time to deal with the problem.

Another good idea is to join the social hubs of Red Dead Redemption 2 and Rockstar Games as this may guide you to other players that are having the same problem.

You can also reach out to Microsoft in regards to playing Red Dead Redemption 2 on XBox One.

If you’re game is currently downloading an update or is failing to complete the download. This heavily suggests that their might be an issue with your either your connection or hardware.

Follow the below fixes to help isolate the issue and hopefully find a solution.

1: Is your Internet Connection Stable for Red Dead Redemption 2?

Firstly if you’re downloads for Red Dead Redemption 2 are too slow, not completing or getting stuck then this indicates a fault with your Internet connection. The good news is if your XBox one console is connected to a router within the house you will be able to test your connection.

You will need a desktop, laptop or mobile device to test your internet connection or you can do it via the XBox One Network Settings.

Follow the above fix to help identify if your Internet connection has a fault which maybe effecting your download.

If your internet connection has returned with no issues then it maybe a fault with your XBox One connecting to your router.

Fix : Connect your XBox One To Red Dead Redemption 2 Easily.

There are various steps which you can take to help isolate this issue so be sure to check our XBox One Connection Guide above. The guide also details ways in which you can improve ping and reduce lag spikes while gaming.

It’s imperative that you make enough space for Red Dead Redemption 2 before downloading and installing. Failure to do this will result in a dud download. More often than not you wont be able to Download the Game without Making Room.

You can easily create Hard Drive space by visiting your XBox One Menus. The above guide will give you all the details you need to un-install similar games to free up memory.

Alternatively you can use an External Compatible Hard Drive to use if you’re not interested in losing any of your game data. If this is the solution you want to take ensure that the Hard Drive you have chosen is fast and reliable.

The below fixes will apply to you if you have purchased a physical copy of Red Dead Redemption 2 from a local retailer. Rest assured that if any of the below fixes do not help with the situation. You are covered by an in-store or online warranty.

It’s all too common that scratches, dents, cuts or poor write data on Discs can cause Games to simply not load in your XBox One. There are some simple ways in which you can identify if your Game Disc is scratched and damaged.

Attempt to clean the Red Dead Redemption 2 disc by using a light cleaning solution and cloth. Be sure to follow the guide below which also gives details on using disc repair machines to fix your scratched games.

If you have purchased your copy of Red Dead Redemption 2 from a retailer and it arrived with damage then you are eligible for a replacement or refund. It’s important that you notify the retailer sooner rather than later.

Ensure that you do not cause any further damage as your warranty will become void.

2: Try Red Dead Redemption 2 disc on another XBox One.

The reason for doing this is to identify whether or not the fault with your games not installing is due to your console or the disc itself. If you have a friend or colleague then be sure to ask them if they can attempt to install it.

If they have a similar experience to you then it’s likely that your game disc is indeed faulty. You should now source a replacement or refund.

However if you find that the other XBox one encounters no issues while installing Red Dead Redemption 2 and other XBox One Games then this indicates that your XBox One maybe faulty.

3: Is Your XBox One Hard Drive Corrupt?

Sadly Corrupt or Damaged Hard Drives may present you with situations in which you’re not able to download or load your latest XBox One Games.

Identifying a faulty Hard Drive is difficult without the prior experience of dealing with this hardware. However you can reach out to Microsoft and seek their support on the matter.

Guide : Is your XBox One Hard Drive Faulty?

If you believe that your Hard Drive is faulty. Fear not as your Console is covered by a standard warranty from the place of purchase.

4: How To Replace your XBox One.

The majority of customers whom buy from local retailers or online stores are covered by a form of manufacturers warranty or store warranty.

This warranty allows you to seek a repair or replacement for your faulty XBox One.

Fix : Seek a Repair or Replacement For Not installing Consoles.

It’s imperative that if you’re suffering from Red Dead Redemption 2 not installing or not downloading that you reach out to Rockstar Games. They will be able to help you if such an issue arises.

Alternatively be sure to contact Microsoft Support and they maybe able to help you further.