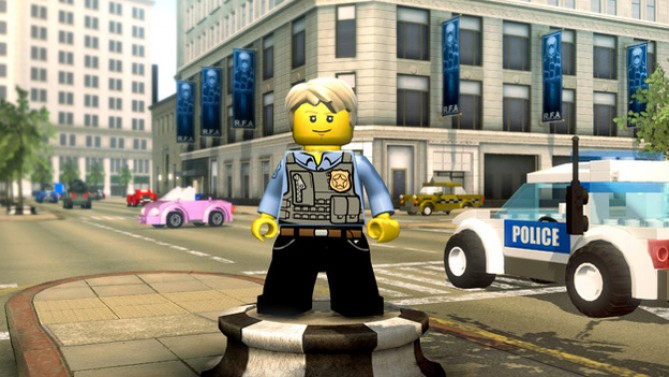 So often, games and DLC are released with small bugs and issues, which cause some games to crash and freeze. A lot of the time, this can be down to simple issues with your own console or its compatibility with the game. Sometimes, however, they are common issues and bugs which many other gamers are also experiencing. Whether your game is freezing up on you, crashing mid game, not loading properly, or game-play is lagging/disrupted – we are here to help.

Whilst we have yet to experience any bugs/issues with ‘Lego City Undercover’ ourselves, we would be happy to offer any help to those of you who might be. So, if any of the below issues may be considered true to you, feel free to comment below and we shall see if any of you are experiencing the same problem and if anyone has a solution.

COMMON EASY FIXES AND ISSUES WHICH MAY PRESENT THEMSELVES WITH ‘LEGO CITY UNDERCOVER’:

If during gameplay of ‘Lego City Undercover’ and the game crashes with the “Disc Unreadable” error message on either your Xbox360 or Playstation 3 then there are a few things which you can do to fix the problem.

Solution : Eject the disc and give it a clean, it is unlikely that a DVD or BLU-ray disc would scratch itself past destruction so the error could be with a dirty disc lens or simply dust on the disc itself. Get a dry soft cloth and move away any dust or debris which the ‘Lego City Undercover’ disc may have. If there is a perfect circular scratch running all the way around the disc then this is a Laser Burn and is a common issue with DVD Discs.

Fixing a Laser Burn : A laser burn will cause your game to crash, freeze and not load the game at all. There is no easy solution to fixing a Laser Burn as the mark travels so deep through the disc it often causes permanent damage. You can try taking it to your local game store if they have a disc buffer which will hopefully buff the mark out. If this fails borrow a friends copy of ‘Lego City Undercover’, Install the game, and then try your damaged disc to see if the game will load. If the game loads once it is installed it will not require the disc so much as you play.

If the game does not require a Disc and it runs off a pre installed file which is located on a hard drive (Example: The PS VITA) then the fault may lie with a corrupt installation file. To ensure that this is not the case be sure to try and re-install the game or re-download the game and try again. This will clear up any issues which are connected with a bad install.

You can check out our tutorial on how to fix Discs and laser burn.

2: “‘LEGO CITY UNDERCOVER’ FREEZING ON LOADING MY SAVE FILE”

If your ‘Lego City Undercover’ game is freezing on the loading screen just after you load your previous safe then this may indicate that either there is a fault with your hard drive or with the save file itself. It is an annoyance but save files can become corrupt if you turn off your console while it is saving your progress. Once you begin to save or during the auto-save period DO NOT switch the console off. Doing so will result in your save file most likely becoming corrupt, un readable and un fixable.

Solution: There is no real way of fixing a corrupt save file. However some gamers have suggested that if you clear your system cache then it will allow you to load the save file. Also you can attempt to revert back to an earlier save file before your game was corrupted. If you believe that the save file is not the case and it may be your hard-drive. Attempt to transfer the save file by using a memory card to another hard-drive and try to ‘Lego City Undercover’ save on another console.

You can check out our quick guide on preventing corrupt save data in the future.

Although ‘Lag” seems to be the number one problem in today’s online gaming it is not always the blame of the game. Just because your ‘Lego City Undercover’ game is lagging does not mean that your game is faulty. When playing online Lag is the fault of a poor connection to the internet. There are various different factors which may cause you to experience lag while your gaming with your friends.

Solution: If you don’t normally experience lag then there may be an issue with your service provider. You can contact your service provider and they will explain if they are experiencing any kind of faults on your line. Failing this if you are running a Wi-Fi connection you may want to try and use a wired connection using a high speed Ethernet cable. It is most likely that it is another member of your household which is downloading something or visually streaming content from websites such as YouTube and Facebook which will decrease your bandwidth and ultimately make your ‘Lego City Undercover’ game lag.

If you are faced with a connection issue with any games and you cannot connect to the online features of ‘Lego City Undercover’ then the fault may lie with your connection. Even though you are online are you sure you are not behind a firewall? Or maybe your console or computer is restricting you access to the server due to a safety lock.

Solution: First things first be sure to check if the your online connection is working properly. To do this simply switch off your router and turn it back on again. Wait 60 secconds and then attempt to connect to ‘Lego City Undercover’ again. If this still does not work be sure to remove any firewall which may prevent you from connecting to the server. If you are not behind a firewall and be sure to check the support section of ‘Lego City Undercover’ to see if they are having any issues with their server. If they are having problems and the server is down I suppose it’s time to play the waiting game.

If you managed to pre order ‘Lego City Undercover’ or bought the limited edition or collectors edition and the codes do not work then it may be a minor fault with the game itself or possibily the fault of the place of purchase.

Solution: If you purchased a retail copy of ‘Lego City Undercover‘ and the code was not valid there are a few things that you could do. If the game was sealed and the code is saying that it is not valid then be sure to double check that you have entered the correct code. If after checking it is still not working simply e-mail the customer support team for the game and they will be happy to help you. However you will need a picture of both the game and proof of purchase. If the code has already been redeemed and you are not able to get your extra content or online pass working then please be sure to check out our DLC Code Guides which will give you a variety of different solutions to fix the problem.

You can check out our quick guide on how to get a replacement code if yours is not valid.

Problems with sound are very rarely the fault of the game disc and can be fixed in numerous ways. If you are having any problems with sound when playing ‘Lego City Undercover’ then there are a few steps you can take to ensure that the problem is not a user error and it maybe a fault with your game disc.

Solution: To fix sound issues with ‘Lego City Undercover’ then be sure to check all of the connections between the TV and console. If the connections are okay then you can try and replace any wires which you may believe have become damaged. If you have replaced the wires and you are still unable to hear anything from the game then it may be a fault with the game disc. As long as it is still under warranty then the retailer will be happy to change the game for another copy.

OTHER ERRORS AND ISSUES :

? “My copy of ‘Lego City Undercover’ is crashing on the load screen.”

? “My copy of ‘Lego City Undercover’ is freezing.”

? “My save game of ‘Lego City Undercover’ is corrupted and I can’t find my data.”

? “I am experiencing glitches in ‘Lego City Undercover‘, have the developers announced a patch/are there ways to fix them?”

If any of these problems seem familiar to you, then please comment below! We won’t be able to release an update or patch, but the more people who make us aware of these issues, the easier it is for us to notify developers of common issues, or at least find ways to help you counteract them.

So if you are having trouble with ‘Lego City Undercover’ regardless of platform (e.g Xbox360 / PS3 / Wii / PC / 3DS / Vita) then post the issue below and tell us about the problem. Also if you have managed to fix certain issues then please be sure to post below with how you fixed the problem.