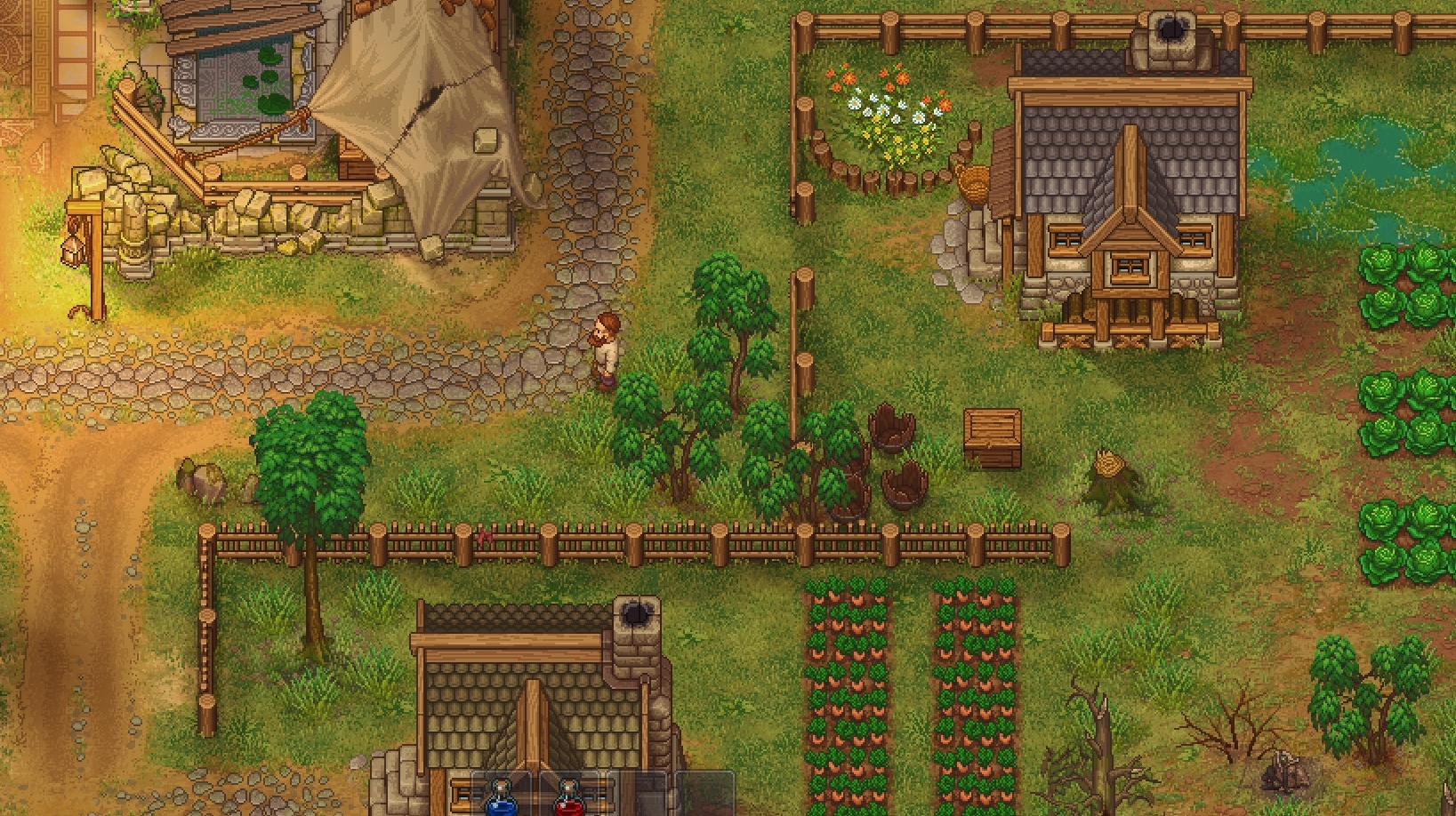 Home Games All the GraveYard Keeper Details You Need.

GraveYard Keeper – the latest game from Lazy Bear Games. This adorable story game has you playing a medieval care-taker blasted back from the future. Try to be a part of a chaotic society – try to survive from the horrors of the wilderness oh and also try to get rich by other peoples misfortune. We’re excited!

You can reach out to Lazy Bear Games with the above support form. Alternatively you can always follow them on their available social hubs to get the latest regarding GraveYard Keeper.

If you have a Gaming Laptop or Gaming PC then you’re in luck. You’re able to download and play the Alpha as of today. You can simply purchase the code using the Website. 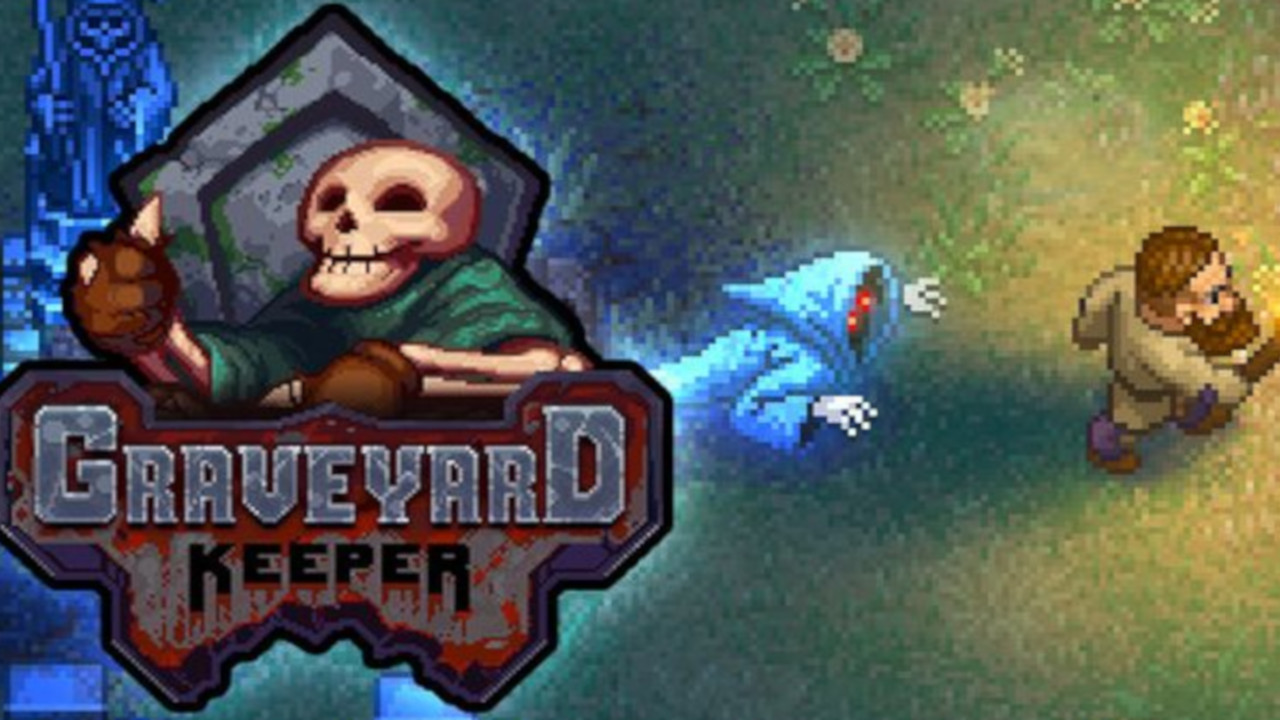 Be sure to click “Get the Alpha”. The cost of download is at £24.99 however it is worth every penny.

Released over the course of the E3 Event. Lazy Bear Games revealed a small game play trailer featuring things that you may get up to while you play. The Trailer features the buying and selling of goods, building and constructing improvements for your work space. It also features a burning and some fishing too!

Watch the trailer today and be sure to look out for GraveYard Keeper on August 15th 2018.

We will be updating this article overtime with any changes, rumours or alterations to GraveYard Keeper’s release date. If Lazy Bear Games has any news regarding any delays or push backs then we will also be covering that to ensure you’re not disappointed.

Currently GraveYard Keeper is scheduled to be released 15th August 2018. 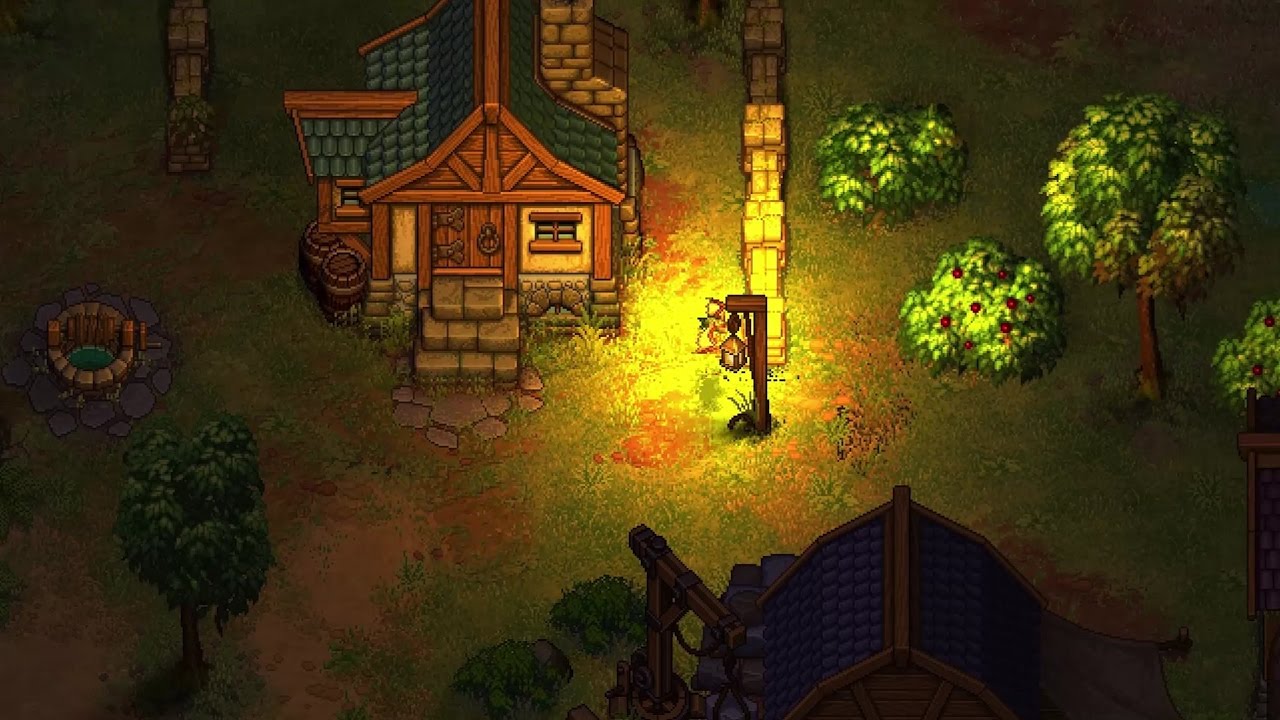 Lazy Bear Games have revealed that you will be able to Pre-Order and enjoy GraveYard Keeper on the following platforms. Release dates may differ due to format exclusivity.

It is common for games to be released with various bonuses as well as additional content, merchandise and more if you order before release. So ensure you’re ahead of the game by pre-purchasing GraveYard Keeper from Lazy Bear Games.

Below we have listed some popular retailers that may have unique content with their versions of GraveYard Keeper.

Pre-Order GraveYard Keeper from Amazon today and subscribe to Amazon Prime. You will receive benefits such as Twitch Prime, free delivery and more.

Although sometimes a bit more expensive GAME do cater to their fans and ensure that all orders are accounted for and dispatched in good time for release date. GAME also host a lot of Lazy Bear Games exclusives which you are unable to get from anywhere else.

If you’re struggling for cash and you’re still interested on picking up GraveYard Keeper. Then there are other options – especially if you live within some parts of Europe and the UK. Second Hand retailer – CEX are now accepting Trade-ins on all your un-wanted games to put towards GraveYard Keeper.

**Important** Sometimes DLC Codes which may come with GraveYard Keeper on release may not be valid if you pick up a Pre-owned copy. Contact Lazy Bear Games for more details.

GraveYard Keeper on XBox One / XB1.

That’s Right! GraveYard Keeper will also be available on XBox One on August 15th 2018. We have yet to hear any key details regarding a physical release.

XBox Live integrates millions of players all over the world with the ability to play together, talk and stream. GraveYard Keeper will be joining its healthy catalogue of games both online and offline.

If a Physical copy of GraveYard Keeper from Lazy Bear Games is not available for XBox One. Then you will be able to digital download the game ready for release date and after from the Microsoft Store.

GraveYard Keeper Guides for XBox One.

We will be updating this article overtime with any and all guides which we may feature for Lazy Bear Games and GraveYard Keeper on XBox One.

Lazy Bear Games has confirmed that GraveYard Keeper will be available to digitally download on your PC, Desktop and Gaming Laptop. Unlike house hold consoles – Playing GraveYard Keeper on a Gaming Rig will give you access to increased details and smoother frame rates.

GraveYard Keeper will be joining the ranks of games like StarDew Valley, Terraria and more. These world building games have been perceived very positively by PC gamers around the world. However Graveyard Keeper will be bringing a much more humorous undertone to the story.

Lazy Bear Games will be working closely with the Gaming Client STEAM. This client will be necessary for you to Pre-Order and gain access to all exclusive content GraveYard Keeper has to offer.