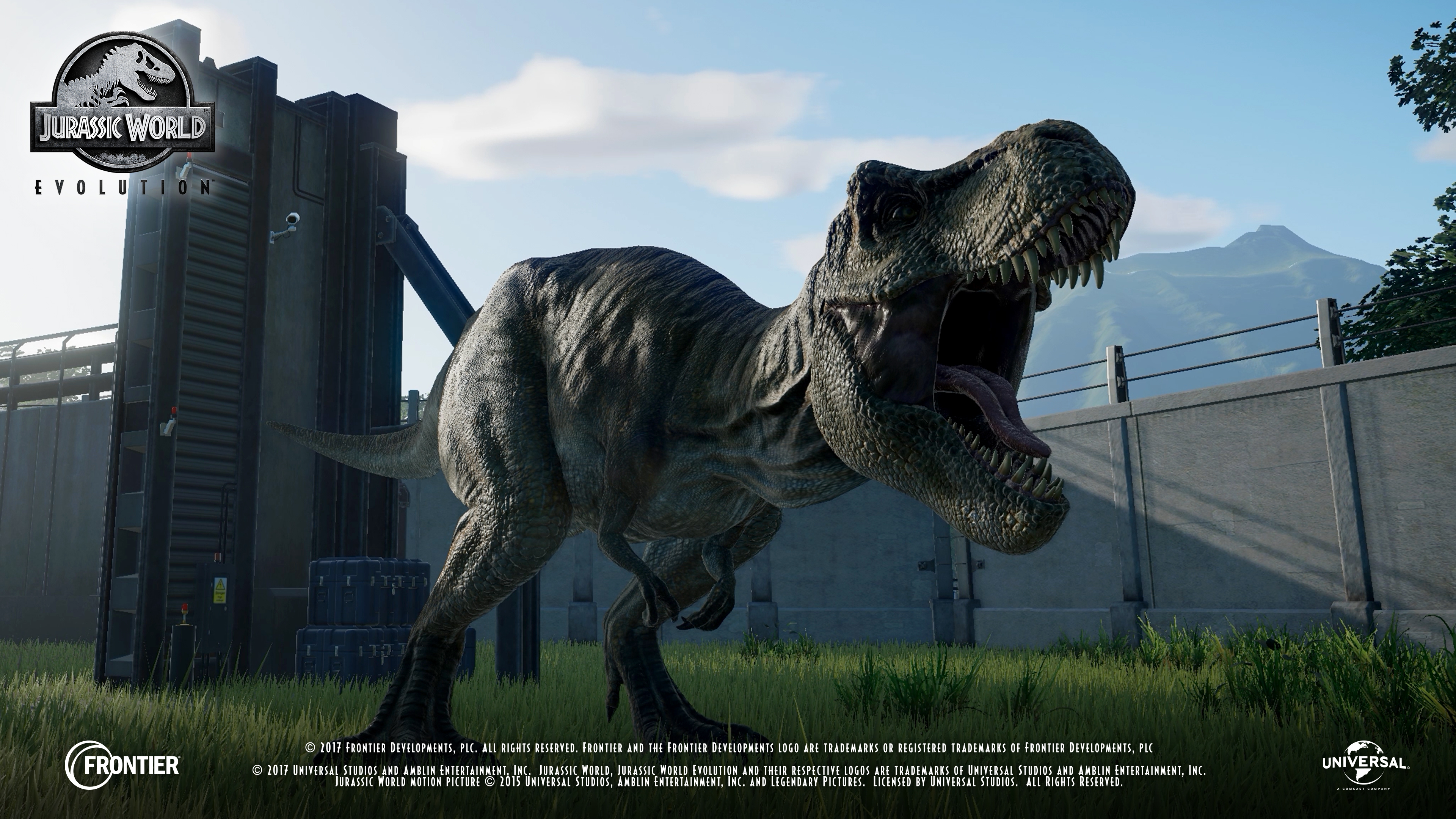 Jurassic World Evolution – A Brand new Sandbox World Builder by the development team of Frontier Developments. This Game will be a crystal in the dark in the long sleuth of un-engaging dinosaur games – Well we Guess except for Ark.

The Game promises to allow you to have complete control in creating your very own Jurassic park. You will be required to manage your finances, what creatures you hold, ensuring the safety of your park meanwhile engaging in research projects and much more.

“Every choice leads to a different path and spectacular challenges arise when ‘life finds a way.”

Jurassic World Evolution comes shortly after the announcement of the brand new Film Jurassic World Fallen Kingdom which is due out soon in Cinemas World Wide.

Below we have a featured Game Play Trailer which features a tonne of Jurassic World Evolution content – It briefly shows you how you will manage your park, what things you can unlock and purchase throughout the game.

The video also shows a wealth of available dinosaurs that you can muster and protect within the campaign. Remember to keep your visitors safe though or you might find your funding cut!

However as we’ve yet to play the final build of Jurassic World Evolution we’re still pretty excited to sink our teeth into it literally. We will also be featuring this over at our twitch channel at upon release for you viewers to enjoy before making a choice to purchase it!

So if you’re asking yourself “When will Jurassic World Evolution be released” then look no further as it is currently believed that:

Jurassic World Evolution will be released on JUNE 12th, 2018

If the Rumours are true then the details claim that Jurassic World Evolution will be released on the following platforms. 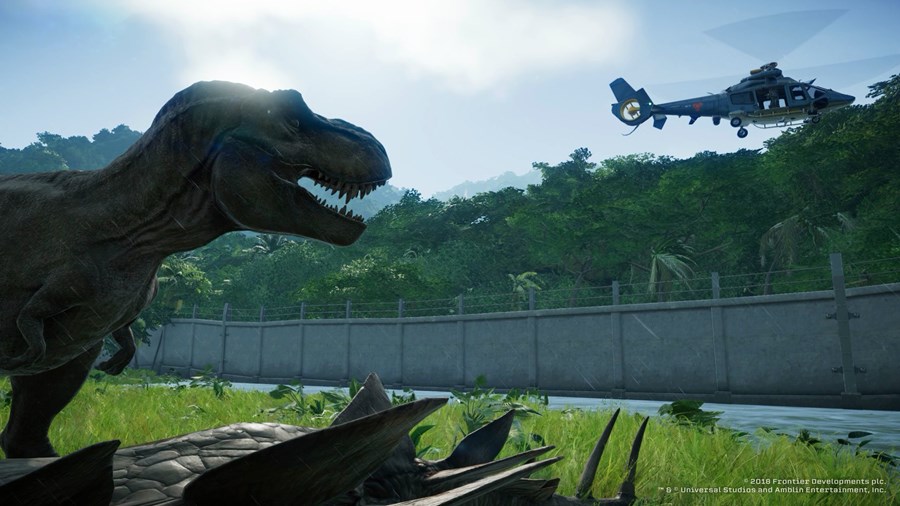 Released November 2013 the XBox One has been in circulation for more than 3 years and already has a wealth of games and media available to it. Currently focusing on the strengths of its online connectivity. XBox Live integrates millions of players all over the world with the ability to play together, talk and stream. Jurassic World Evolution will be joining its healthy catalogue of games both online and offline.

Jurassic World Evolution will be available on all Possible consoles delivered by Microsoft – This includes the XBox One, XBox One S, XBox One X. If you’re thinking of picking up the game for your XBox One X then at this stage it is still unclear whether or not Jurassic World Evolution will truly support 4K Resolution. However it is highly likely as Microsoft are really pushing the technology on all games available for the platform.

The primary competition in terms of house hold Gaming Consoles to the XBox is the Playstation 4. Sony developed and released the PS4 back in November 2013 and since then has dominated the market as one of the most powerful gaming consoles available. The Playstation 4 has various exclusive games such as the Uncharted Series, Little Big Planet and Grand Turismo and now Jurassic World Evolution will be released for Playstation 4 users everywhere.

It’s important to note that Playstation Plus maybe required to access all Online features of Jurassic World Evolution. Playstation Online allows you and your friends to connect and play together in squads or party and also engage in a voice chat. On release it may also be possible to download Jurassic World Evolution early or digitally pre-load the game onto your console ready for launch day. Then finally to add to this Jurassic World Evolution will also feature a selection of enjoyable trophies and unshockable for you to crunch into. Once available we will update this article with each trophy.

PC Gaming has herald supreme for the last few generations of gaming consoles as it has the ability to deliver a much more defined and enriched experience to the gamers. Not only do PC’s and gaming desktops have the ability to pump out a higher frame rate but they also allow for modded support across most games.  People whom are interested in Streaming Jurassic World Evolution will have a much easier and flexible experience with the likes of OBS and XSplit.

To access your games you require the aid of a strong operating system like Windows 10 as well as sometimes a Gaming application like Steam or EA’s Origin. Jurassic World Evolution will be released for purchase and download for PC however clear cut instructions on where or how to download it are yet to be updated here.

It is common for games to be released with various Pre-Order bonuses as well as additional content, merchandise, exclusive artwork and much more. We hope that Jurassic World Evolution will have various iterations of its game available to purchase on launch so be sure to check with gaming retailers for the best Pre-Order deals. 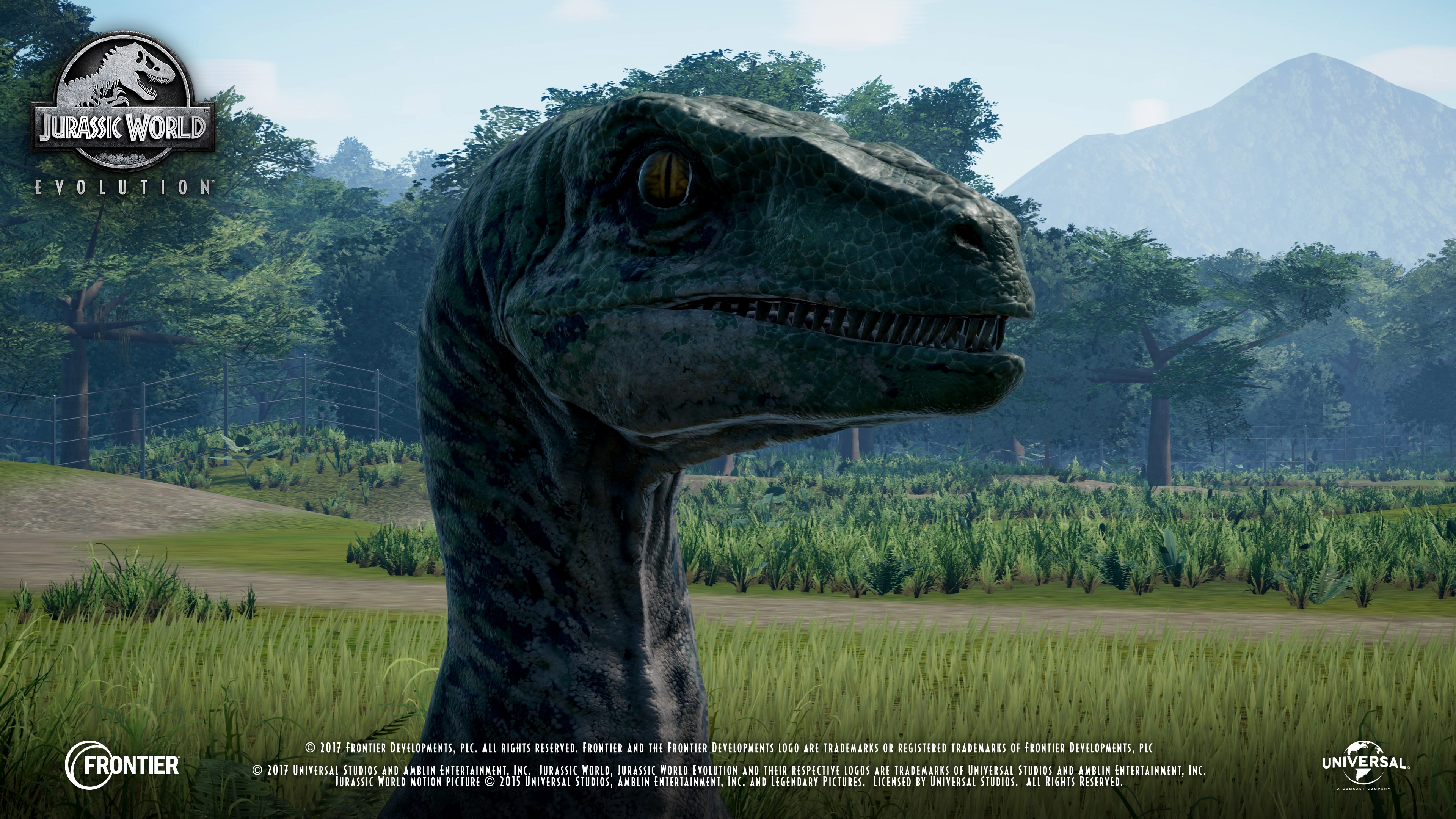 You can pre-order games from Amazon, usually they stock all available Pre-Order bonuses. Be sure to check up on what Jurassic World Evolution has to offer as sometimes games can be released with specific retailer additions. The good news is Amazon is mostly the cheaper place to purchase brand new games regardless of platform.

Another strong reason to shop with Amazon for Jurassic World Evolution is usually their Amazon Prime sometimes promises delivery on day of delivery. To add to this if you’ve purchased the game and your having difficulties with it then you can also return the item through to Amazon and on most occasions this has zero draw back.

UK’s dedicated games and merchandise retailer is a popular place to confirm your Pre Order of Jurassic World Evolution. Although sometimes a bit more expensive GAME do cater to their fans and ensure that all orders are accounted for and dispatched in good time for release date. GAME also host a lot of developer exclusive content which you are unable to get from anywhere else.

You might think that purchasing a pre-owned copy of Jurassic World Evolution might be a negative however a lot of consumers these days are choosing to purchase pre-owned products over new due to the cheaper price tags. CEX are also sometimes able to send out Jurassic World Evolution on release date ready for you to sink your teeth into. Oh and if it’s not the game you wanted or you simply dont enjoy it? They have a pretty strong returns policy to take advantage of.

**Important** Sometimes DLC Codes which may come with Jurassic World Evolution on release may not be valid if you pick up a pre-owned copy.

It’s not rare that games are released with additional content. Jurassic World Evolution have featured that upon release you will be able to purchase the Digital Deluxe Edition. This pack will not only boost the content within the game but will also grant you the following additional perks upon release.

A pack of 5 extra dinosaurs that can be accessed through dig sites within the game.

Including exclusive pre-order skins for the ACU Helictoper within the game. You also have the ability to reskin all of the available ranger vehicles – so be sure to start running your Jurassic Park with Style!

So far the Digital Deluxe Edition is Retailing at £49.99 on Steam.

We will be sure to update this article over time when even more DLC is confirmed for Jurassic World Evolution as developers continue to support their games over time. We will also be sure to give you details on how much the Jurassic World Evolution DLC will cost although it is becoming more and more common for game developers to release free updates and downloads for their final products which is pretty badass!

Overtime games may be delayed or the developers / publishers may choose to change release plans. As soon as we hear of any such news regarding Jurassic World Evolution and its release date. We will be sure to update this article to keep you in the loop. If you notice that we have got any details in-correct then please reach out to us using the contact tab or simply e-mail us and we shall get it changed.