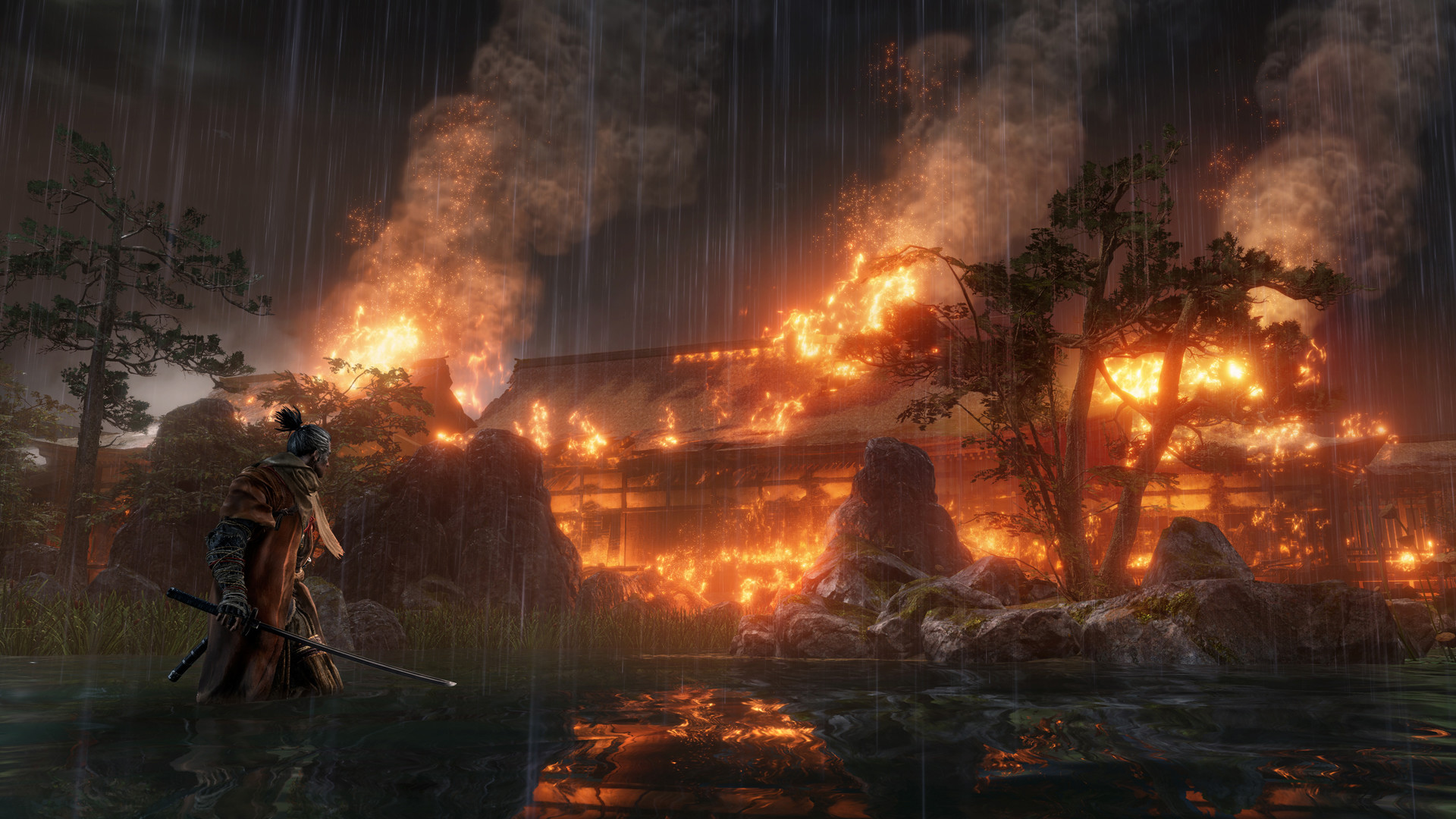 Sekiro Shadows Die Twice is the long awaited brain child of the kings and queens over at FromSoftware. Available on XBox One, PlayStation 4 and PC. We’re hoping to get our teeth sunk into this epic new action adventure. Until then here’s everything we know.

Sekiro is a beautifully refined action platformer created by FromSoftware which will have you utilising all of your strategy and stealth to dispatch your enemies. It features gorgeous level design, a unique approach to gaming and breathtaking visuals.

FromSoftware are the minds behind other titles such as Deracine and Dark Souls Trilogy. You can check out their website with a full gallery of their past work.

“In Sekiro: Shadows Die Twice you are the “one-armed wolf”, a disgraced and disfigured warrior rescued from the brink of death. Bound to protect a young lord who is the descendant of an ancient bloodline, you become the target of many vicious enemies, including the dangerous Ashina clan. When the young lord is captured, nothing will stop you on a perilous quest to regain your honor, not even death itself.”

We will be updating this article overtime with any changes, rumours or alterations to Sekiro Shadows Die Twice’s release date. If FromSoftware has any news regarding any delays or push backs then we will also be covering that to ensure you’re not disappointed.

Currently Sekiro Shadows Die Twice is scheduled to be released on [22nd March 2019].

FromSoftware have revealed that you will be able to Pre-Order and enjoy Sekiro Shadows Die Twice on the following platforms. Release dates may differ due to format exclusivity.

XBox Live integrates millions of players all over the world with the ability to play together, talk and stream. Sekiro Shadows Die Twice will be joining its healthy catalogue of games both online and offline.

If a Physical copy of Sekiro Shadows Die Twice from FromSoftware is not available for XBox One. Then you will be able to digital download the game ready for release date and after from the Microsoft Store.

It is common for games to be released with various bonuses as well as additional content, merchandise and more if you order before release. So ensure you’re ahead of the game by pre-purchasing Sekiro Shadows Die Twice from FromSoftware.

Below we have listed some popular retailers that may have unique content with their versions of Sekiro Shadows Die Twice.

Pre-Order Sekiro Shadows Die Twice from Amazon today and subscribe to Amazon Prime. You will receive benefits such as Twitch Prime, free delivery and more.

Although sometimes a bit more expensive GAME do cater to their fans and ensure that all orders are accounted for and dispatched in good time for release date. GAME also host a lot of FromSoftware exclusives which you are unable to get from anywhere else.

**Important** Sometimes DLC Codes which may come with Sekiro Shadows Die Twice on release may not be valid if you pick up a Pre-owned copy. Contact FromSoftware for more details.