It seems that the Creators of the intense, action packed and glorious Transformers films are looking to run a reboot in their franchise for the latest Bumblebee film and much more. Yes that’s right! That means we’re in for even more robot on robot action as the years progress! Hooray!

“The Transformers film franchise is in a bit of a predicament now. In the five straight movies about the giant robots that transform into various things led by Michael Bay and his eye for explosions, the movies have grossed millions upon millions of dollars, but critical and audience opinions have gotten worse with nearly every instalment. However, Travis Knight’s Bumblebee blew expectations away and gave the franchise its first certified fresh rating. The problem? While Bumblebee was well-liked, the film failed to impress at the box office, ending up as the least grossing film in the series.

Yet Paramount still wants to move forward with more Autobots and Decepticons, and it was reported earlier this week that the studio is moving ahead with sequels to both Bumblebee and the main Transformers series. We spoke with producer Lorenzo di Bonaventura about the new Stephen King adaptation Pet Sematary at SXSW, and he revealed that the new film in the main Transformers series will be a little different than expected.

“The main Transformers movie we are working on is a reboot, and I will say that the Bumblebee sequel will be more directly linked to the timeline that we set up,” Di Bonaventura told GameSpot.

While it may come as a surprise to most fans, the timeline for the Transformers franchise has been all over the place, especially after Transformers: The Last Knight, which introduced an order of humans protecting the secret of Transformers who’ve lived among us for centuries, as well as a Transformer the size of the Earth.” – GAMESPOT

As long time fans of the Transformers World. Despite their previous films running out of steam we’re excited for the next generation of Autobots and Decepticons battling it out on the big screen. 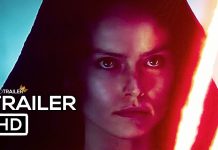